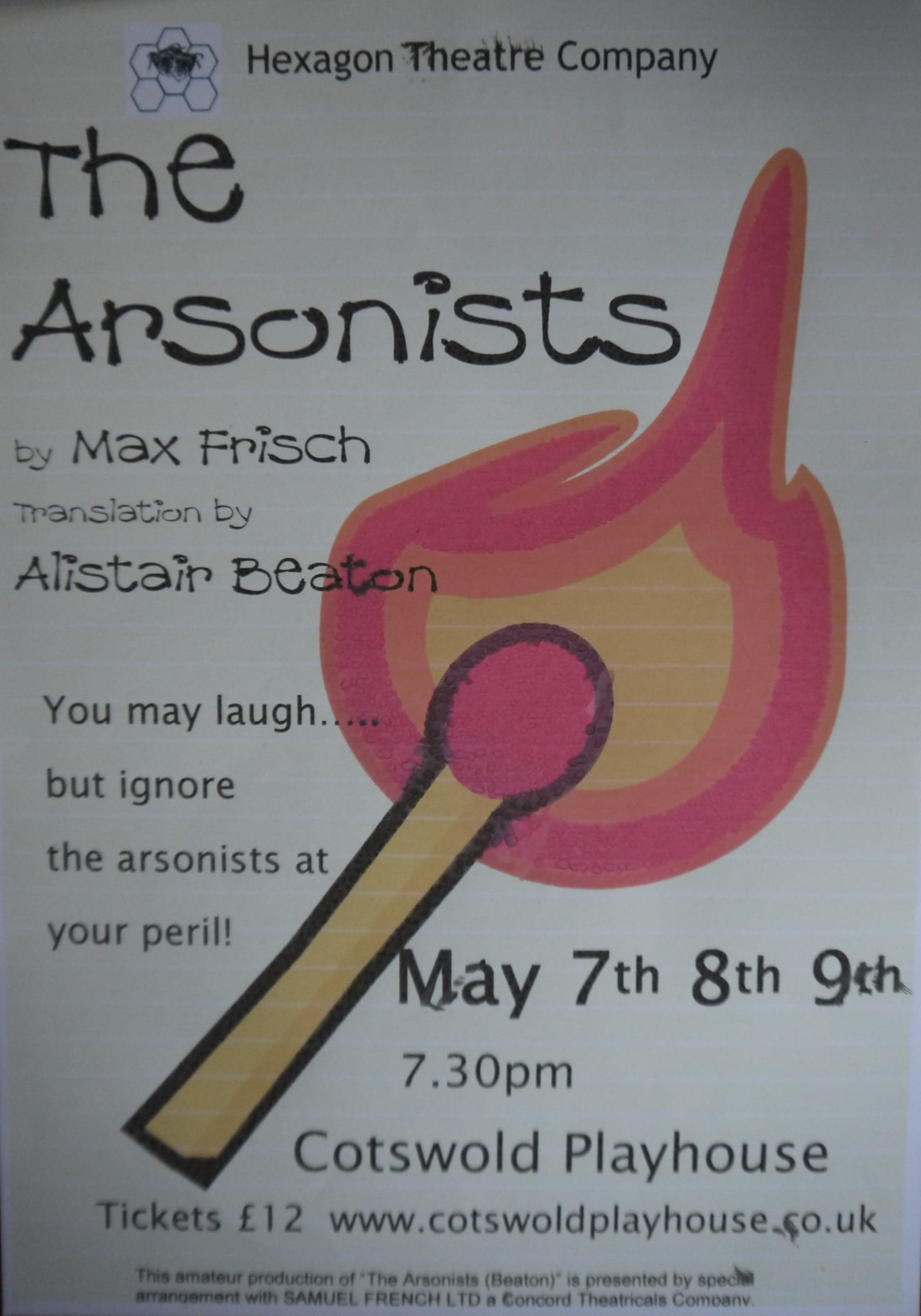 Fires are becoming a problem, but Biedermann has it all under control. A respected member of the community with a loving wife and flourishing business, he believes nothing can get to him. Being the great philanthropist, he happily fulfils his civic duty, giving shelter to two new house guests and when they start filling the attic with petrol drums he’ll help them wire the fuse.

Originally known as ‘The Fire Raisers’ Max Frisch’s 1958 play has been translated for a new age by Alastair Beaton and premiered at The Royal Court in 2007. This parable about the way in which we will accommodate the very thing that will destroy us, was described by Michael Billington in The Guardian as ‘edgy and funny’ and ‘a timeless political satire’.

Whether you approach  it as a timeless political satire, a morality play without a moral or just a jolly good romp, it will make you laugh and give you something to talk about.

At the moment we have on hold a cast of 13 including several newcomers and featuring a ‘Greek Chorus’ of fire-fighters. Costumes and fabulous props  by Louise Townsend Set design Chris Cockram.

Any cookies that may not be particularly necessary for the website to function and is used specifically to collect user personal data via analytics, ads, other embedded contents are termed as non-necessary cookies. It is mandatory to procure user consent prior to running these cookies on your website.